12th May 2010 SenseCam, human  memory enhancement camera  invented by Lyndsay Williams, for Microsoft Research  on BBC2 TV as here  The video starts 17 mins  into program. BBC iPlayer for  UK viewers only, and  expires on 19 May 2010, but here  is an shorter 8 minutes edited version here on Youtube

I  originally invented SenseCam  for Alzheimer's as described in patent here 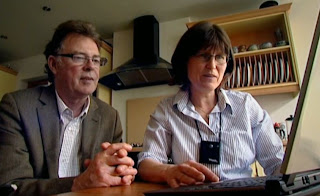 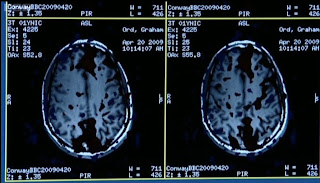 Posted by Lyndsay Williams at Thursday, May 13, 2010 No comments:

Girton Labs has been working with Dr Jenny Tillotson  Sensory Design and Technology for several months on computer control of smell emission   and we now will be working with Dr Jenny Tillotson  and Philips on new smell research as here, scroll down to Philips. This is an   Arts and Humanities Research Council   Knowledge Transfer Fellowship .
Summary of project : Smell The Colour Of The Rainbow: Sensory Systems For Wearable Product Technologies To Reduce Stress And Sleep Disorders here.