How to get a seat on an overcrowded train using real time sensing? 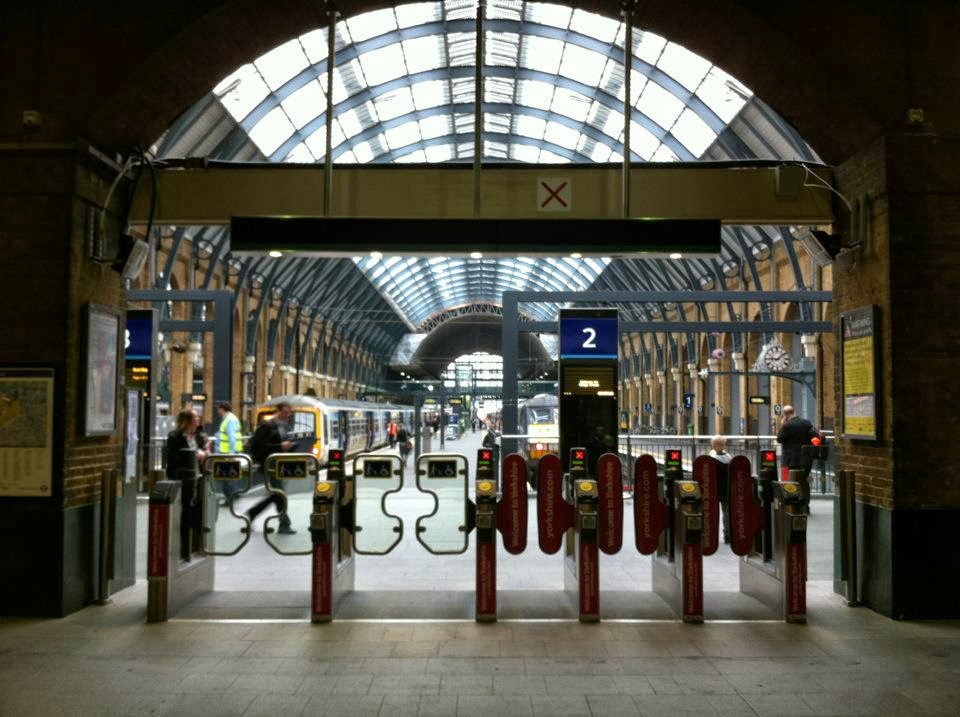 I wondered if there was a smartphone app to indicate if the train I am about to get on to London from Cambridge  has a seat or not. I do not know if even our rail network at Cambridge train station counts the number of people who get on each train.  Booking of seats is very unreliable as customers ignore the booked seats.  There will be no solution to train overcrowding in UK in the near future so perhaps a phone App to help?

I used Google search and typed in train overcrowded accelerometer. I used the search term accelerometer as this can detect if person sitting, walking, etc.  Nothing relevant appeared. There may well be an obscure academic article on the subject, but is did not appear,  but I really want an App to use  or design now. It is really uncomfortable standing for a hour on the train. I used to commute to London in 2012, but severe backpain caused by standing (no seat on train)  and not walking, and other issues forced me to stop.  You won't get many people offering you seats on this London train, even a young man with crutches was forced to stand, nobody gave him a seat. We can sit on the floor but it is very dirty.  We paid (2012) £36 + London underground + £8 parking + travel + coffee to station for a daily Cambridge to London commute, with no guarantee of a seat.

Here is a theoretical  possible method of calculating if people are sitting or standing using motion sensors built into phones. Android has been successful in aggregating or crowdsourcing  GPS location signals from thousands of anonymous smartphones in vehicles to determine real time  traffic jams and can then update Google Maps with traffic data. In Jan 2013 there were 36 Million Smartphones in the UK. 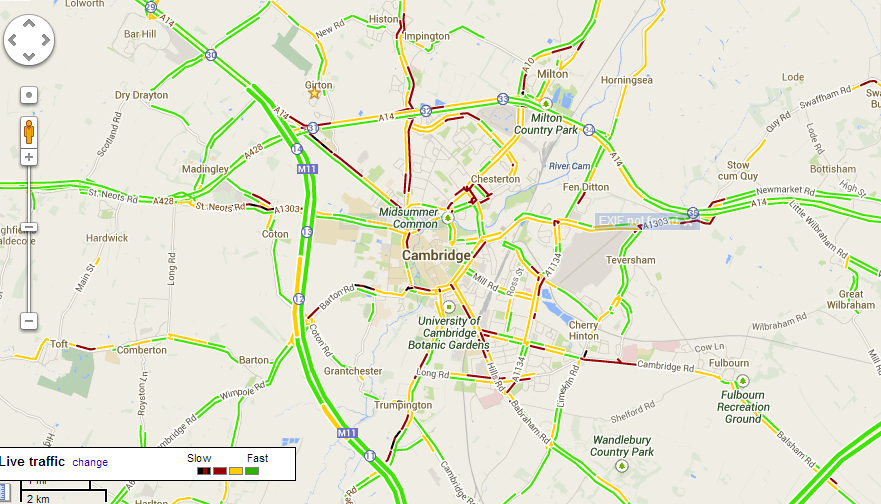 
There is an App re train overcrowding but it is not automatic and relies on users typing in data on overcrowding.  There is yet another another App but it is based on train length and historic data, not real time overcrowding, what percentage of  people standing or sitting?   Google will also know where crowds are congregating re their Andriod GPS data. If we use sensors such as accelerometers and temperature sensors perhaps a better guide to train seats available can be provided?

I thought it might be useful to aggregate peoples' physical movements on a train to determine if seated or standing and so give an indicate of chance of a seat. The GPS location is known, the train time is known and people could share their data via an App or even the background data that Google always collect, see below:

The method of determining the physical activity of people  has been well proven using accelerometers and many sports/life logging applications using sensing.  I did some initial research in 2000 for Microsoft on this and more of my research on human motion sensing is here. The activity of sitting or standing can be determined by changes in acceleration as in graph below.  People will be holding their phone some of the time, so a need to filter out the relevant sensor signals to determine if seated or standing. 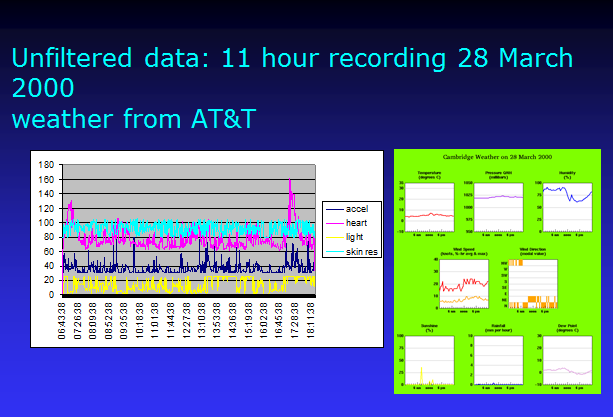 Microsoft  2001 SmartMoveX sensor on the body 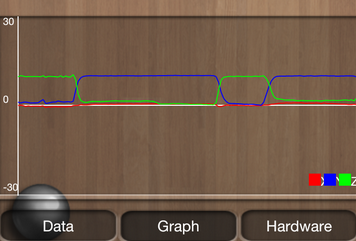 The latest MEMs accelerometers have progressed a lot in the last few years. They have a 3 axis output, up from 10 bits to 16 bits output, 1.8V interface. They can have a built in state machine that is programmable to compute actions to detect  free fall, wake up, pulse counters, step recognition, click, double click, shake double shake,face up/face down, turn/ double turn.(data from ST Microelectronics) These all used to be needed to be programmed into the main computer for the phone.  Here is an example LIS3DSH  from ST. 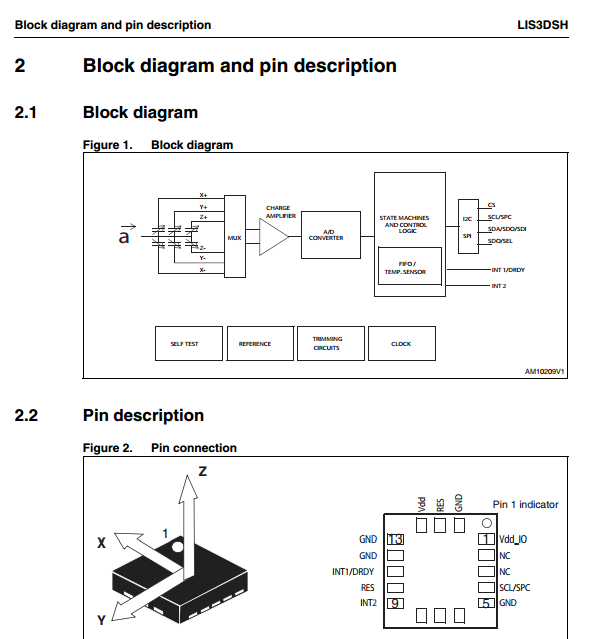 The iNEMO-A device from ST combines an ARM microcontroller and 3 channel accelerometer into a 3 x 3 x 1  mm package. There are now devices that combine accelerometers, gyros and magnetic sensors on one board.
Here is the accelerometer used in the new Apple 5S from Bosch.

If the customer was standing at the train station and message as below received, would we find this useful?
Below are  text message and  Twitter simulations.

My 360 degrees panorama of Kings Cross Station. shows the customers waiting at the departures gate waiting to see the arrival of the Cambridge train. (Spot the headless passenger!)  Everyone then gallops  to the platform so they can get a seat on the Cambridge train! 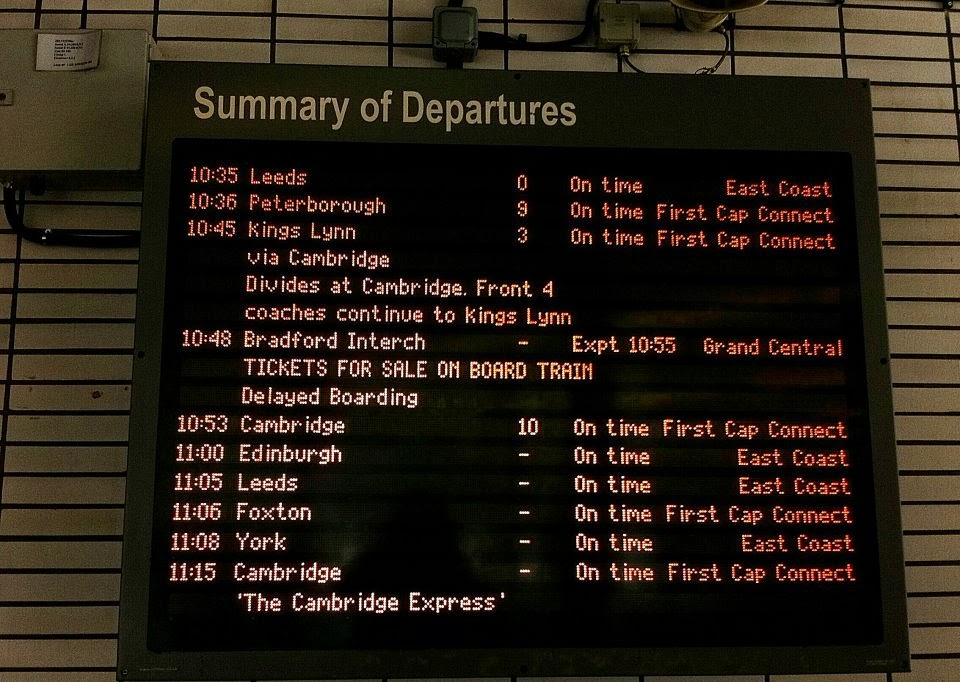 This Kings Cross Departures Board is missing essential information, such as the current time (!) and is there seating?
I will be interested in your comments or even if there is an app that can help. If enough people interest I will find a team to write the software.