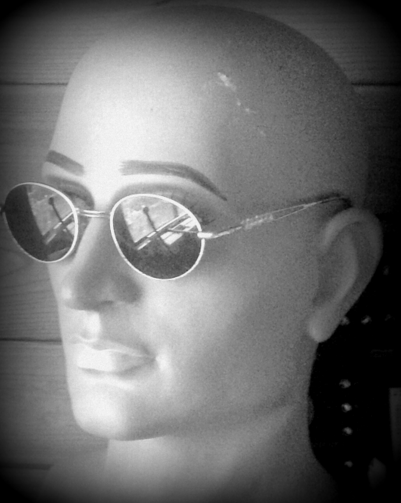 This is a  winning design by Lyndsay Williams  for  a European design competition for an original  new office gadget. See here for details of competition from Techweek Europe.

The design is a  3D printed head  placed in an office kitchen and records samples of gossip and replays this at appropriate moments, but disguising the speaker. It is similar to a parrot but with animations for the face. See here for design details  Office Pet - Talking Head .

When judging the competition, we were asking ourselves one question – which of these wondrous devices would we want to see in our own office? And the answer was clear.
We sit in a world which has been silenced. Everyone spends most of their time interacting through Skype and Twitter, with only an occasional grunt or sigh. The truth is, tech has killed our office conversation, and we’d like to see tech bring it back to life.

The original design was based on a 3D head design and has now slimmed down to a  3D printed wall poster created in Bas relief as below.  The face can talk and the animated eyes can follow the staff around in the kitchen using  sensors that track the person. 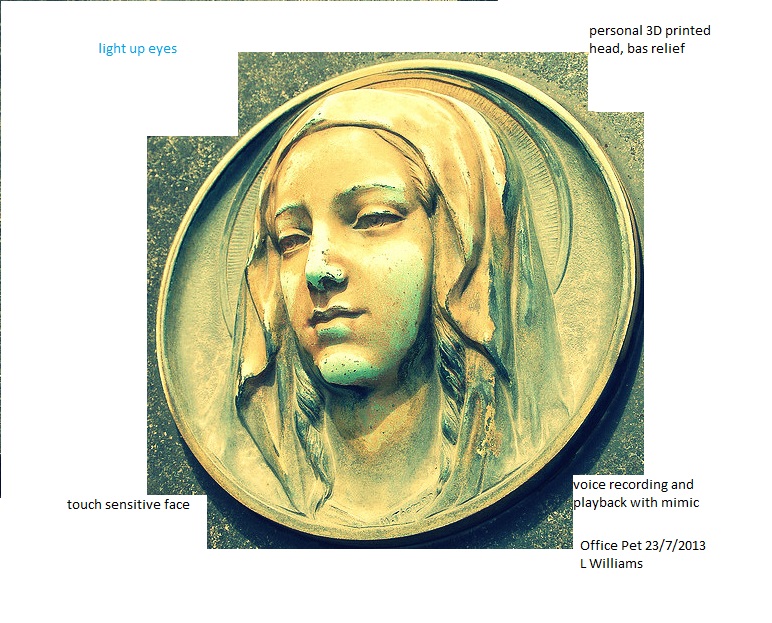 The plan is to have an  interactive  poster designed with an animated eyes like this Lord Kitchener poster:
Your face can be scanned with a 3D scanner and used for the poster. 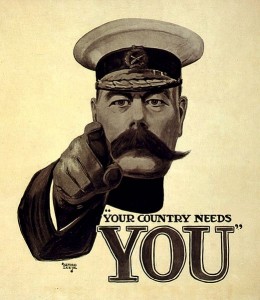 The new design has sensors and microcontrollers embedded into the poster. The entire 3D poster should be less than 3mm thick inc lithium battery. The tactile face has touch sensors for further interaction.

Girton Labs is looking for sponsors for this research/arts project so the first prototype can be built.
The hardware costs are covered by TechweekEurope  there is some software design required  based on Atmel or ARM processor.